I am in my fifth year working at MINDBODY (a San Luis Obispo-based SaaS company) and still love it. In the past year I was promoted to senior manager, business insights within our Data Science Department. I oversee a team of analysts that supports our company's leadership in strategic, data-driven decision making. In a fast growing tech company there is never a shortage of problems to solve or data to mine, so the work is ever changing and challenging in the best way. Outside of career things, since the last update I got married to my wonderful husband in September 2017. We love living on the Central Coast and we look forward to soon be growing and raising our family here, as we are expecting our first child in October!

I just did a major career switch — last May I left academia and started working as an analyst for EA Capital Games on a Star Wars mobile game. It's been a dream come true!

After interning for data analytics with a tech/marketing startup (also while working the oddest odd jobs), I got my first “big boy” job. It’s been over a year now since I jumped into the oil/energy industry with Solar Turbines, a CAT subsidiary and another San Diego-based company. As a business analyst, I’ve gotten to learn the flow of data used by folks across the enterprise. I recently moved into a role as test and data conversion lead for deployment of a new homegrown software that will master data across several applications. Adjusting to life post-grad hasn’t always been the prettiest, but with the career and identity capital I’ve gained, I’ve got to express my gratitude for the folks at Cal Poly — the lifelong friends, Dr. Sklar and the Stats Department, and the team with CP Giving whom I supported for senior project. 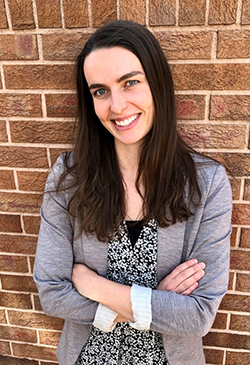 I am now working my third job since getting my master's in statistics four years ago. Having worked as a statistician in healthcare, a data scientist in energy, and now a data science consultant, I have been exposed to many different types of problems, data pipelines/software and company cultures. The biggest learning curve has been learning data engineering and software engineering techniques, but I find it a very powerful toolset. At my current position with a small data science consulting firm, I am privileged to be surrounded by a team of data scientists who are all wildly smart, making me realize there is still much to be learned.

Once I graduated from Cal Poly in 2011, I moved down to San Diego to start a job at Encore Capital Group as an operations analyst. As Encore is the largest publicly traded debt buyer in the U.S., I was in charge of forecasting monthly inbound collections for budgeting and call center staffing concerns, as well as becoming the go-to marketing analyst in charge of analyzing the latest marketing campaigns testing. I worked at Encore for three and a half years. 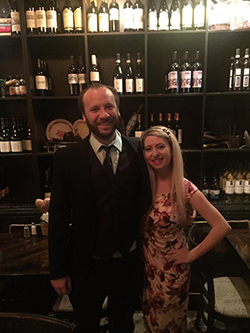 n April 2015, I moved to San Francisco to work for Wells Fargo as an analytic consultant. My role included forecasting credit card acquisitions on the monthly and yearly level. I worked there for under a year when I decided I wanted to work in a different industry other than finance, as well as to move back to Southern California.

Between September 2016 and May 2018, I attended San Diego State University. During this time, I interned at Hologic, Inc., as a biostatistician and worked on different analyses regarding STD assay development, as well as taught intro to business statistics as a graduate teaching associate. I obtained a master’s of science degree in statistics, concentration biostatistics in May 2018 and accepted a job as a biostatistician at Precision for Medicine, Oncology and Rare Disease, located in Carlsbad, California. We are a contract research organization that specializes in orphan drug development and oncology studies. There are a fair number of other Cal Poly alumni employed here. 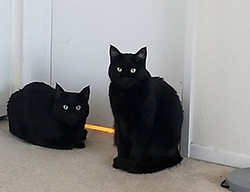 On a personal note, I live in San Diego with my girlfriend and two cats. I keep busy by being a part of a Master’s swim and water polo club. Before grad school I was playing gigs in a cover band on weekends. Between my job at Wells Fargo and grad school, I was able to take a trip to Dublin, Ireland, and London, which was a terrific experience.

There have been many changes and much excitement in my life since my last update. I’m on my third career since graduation at Daimler Trucks North America (DTNA), and this will likely be where I stay for quite some time. DTNA is somewhat new to data science, so I have been tasked with building a team of data scientists from scratch. My team will be focusing on solving business problems in the aftermarket space, once a truck has been sold. My wife just left her career as a data scientist and plans to spend the next year writing a novel. I’m looking forward to supporting her throughout this journey — my next update might include a pitch for her book. 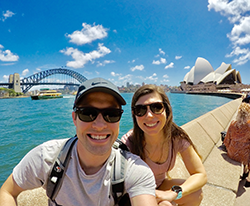 Outside of work, my wife and I bought our first house together. It has been a very fun and expensive year getting the house decorated and the yard looking great. We also took a trip to Australia and New Zealand for my wife’s 30th birthday and for my 30th we will be going to Iceland. I highly recommend New Zealand; the country is incredible, and there is so much to do. Hopefully our next trip out to California will include a visit to San Luis Obispo.

It's been just over seven years since I graduated from Cal Poly, and it has been quite an adventure. My career in data has taken me all over the world, starting with Seattle in the Pacific Northwest, to parts of Eastern Europe and Austria, over to the tiny Mediterranean island of Malta, and finally to where I am now: Berlin. I am currently the head of game data at Kolibri Games, one of the fastest growing startups in Germany, guiding the data platform effort to bringing more data and insights to a data hungry industry. On my free days, I've been taking advantage of Europe's extensive rail network to visit the more obscure towns and villages of Europe but have my eye on exploring Southeast Asia next.